The City Council meets at 6:00PM

The following dates have been established for City Council Meetings: 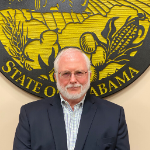 Proud to be a descendent of multiple generations of Craigs that have raised their families in Owens Cross Roads, Mayor Tony Craig has been a resident of Owens Cross Roads for most of his life. He graduated from New Hope High School in 1976, and graduated Athens State College with a Bachelor of Science Degree. He was employed by SCI, Martin Marietta, and Rockwell International before moving home and landing at Boeing in 1985.

While serving on the council and as Mayor, he has been part of several areas of growth: sewer system expansion, multiple real estate developments, the building of a new Town Hall, Owens Cross Roads Rec Center improvements, installation of storm shelters, small business development, multiple road improvements, and growth & improvement of both the fire and police departments to include a new fleet of police vehicles, new protective vests & body cameras for the police officers, the purchase of a new fire truck and a grant for the fire department to obtain scuba equipment. Tony also has a great working relationship with the Madison County District 3 Commissioner Craig Hill and State Representative District 22 Ritchie Whorton.

Each year since 2007, Mayor Craig, has portrayed Santa to the community children.

He and his wife, Elizabeth, are the proud parents of 1 college age son, Andrew. He and his family love Owens Cross Roads and are excited to see what the future holds for the continuing growth of the city. 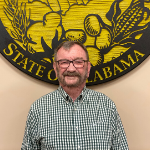 Tim Wright was born in Madison County and has lived in Owens Cross Roads most of his life. He spent the vast amount of his career with and retired from the New Hope Telephone COOP. Tim has served on the council since 2008. In his free time he loves to fish and golf. 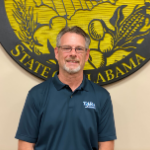 Larry Furlough was elected to the Council Place 2, in 2004. He has served four terms on the Council. He was born and raised in Owens Cross Roads and currently serves as COO at Tara Mfg., a local manufacturing company. 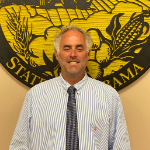 Scott Baker is a native of Owens Cross Roads, AL. He attended both Owens Cross Roads Elementary and New Hope High School. Then moved to Florence, AL where he attended the University of North Alabama graduating with two degrees. After graduating from the University of North Alabama, Scott returned to Owens Cross Roads to help with the family business, Baker’s Hardware. After working with customers in the store, he soon learned he would like to take those relationships outdoors. Scott then started selling landscape resources, and building custom homes. Since then he has continued to build custom homes throughout Madison County, and took to land development starting with Gingerwood Estates in Owens Cross Roads.

Scott is married to Amy Baker, and they have two children Hayden (12) and Layne (5). When not working, you will find Scott enjoying time with his family. Scott is glad to be able to give back to his home community and serve as a local city councilman. 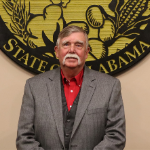 Terry Mann has served in Seat 4 on the City Council since 2020.

Terry was born in Madison County, Alabama and grew up in New Hope, Owens Cross Roads and Gurley communities.

After graduating from New Hope High School, he joined the U.S. Navy. While stationed in Vietnam working as a helicopter mechanic, he became part of the elite group known as the “Seawolves”. Shortly, after returning to the states, he decided to join the Army National Guard retiring after serving 17 years.

He was employed at Redstone Arsenal and retired after 23 years.

In his free time, Terry likes to teach auto mechanics to any young person interested while rebuilding and restoring antique vehicles. He also has a great love for riding horses. 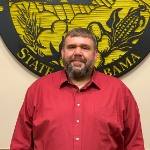 James Mann was appointed to Council Place 5, in 2019. He was born and raised in the Owens Cross Roads, New Hope and Gurley communities. He has remained in the North Alabama area for his entire work and school career, graduating from Madison County High School then earning an Associates degree from JF Drake in Applied Technology and then a Bachelor of Science from UAH in Electrical Engineering. Currently he works for the Department of Defense as an Electronics Engineer.