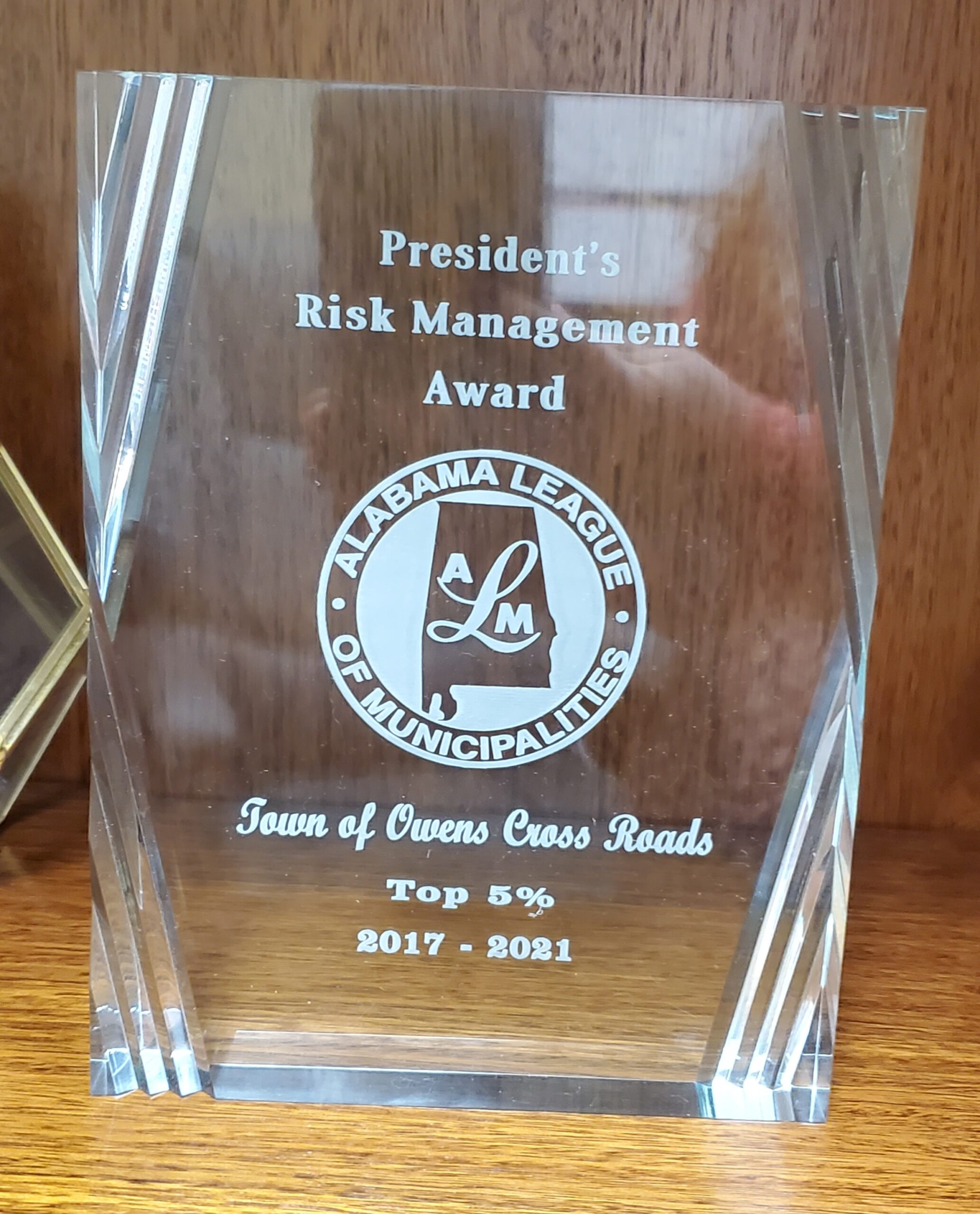 Approximately 810 public entities participate in one or both of the Alabama League of Municipalities (ALM) sponsored insurance programs which are the Municipal Workers Compensation Fund (MWCF) and the Alabama Municipal Insurance Corporation (AMIC). The Board of Directors of both insurance programs approved the establishment of a Risk Management Award System in 2002.  The award system recognizes those members who have instituted risk management and loss control activities in an effort to reduce their loss ratio. Risk management and loss control activities not only benefit the member’s loss ration but also the overall success of the League sponsored insurance programs. Through the efforts of the City of Owens Cross Roads, employee, property and liability losses are being minimized; and – most importantly – employees and citizens are reaping the rewards of a safer workplace and community.

Recipients of the President’s Risk Management Award, which include the top 5% of those members with minimal losses for a five-year period, received a specially designed memento. Three additional level of achievement – Gold, Silver and Bronze – were also recognized. Recipients in these categories receive a plaque for the first year they are acknowledged and then a plate to be attached to the plaque for subsequent years. The Gold, Silver and Bronze levels were for loss rations of below 5%; 5% to 20%; and 20% to 40% respectively.

Based in Montgomery, the Alabama League of Municipalities was organized in 1935 and serves as the recognized voice of the cities and towns in Alabama. Representing more than 450 member municipalities, the League works to secure enactment of legislation enabling all cities and towns to perform their functions more efficiently and effectively; offers specialized training for both municipal officials and employees; holds conferences and meetings at which views and experiences of officials may be exchanged; and conducts continuing studies of the legislative, administrative and operational needs, problems and functions of Alabama’s municipal governments. For more information, visit www.almonline.org.