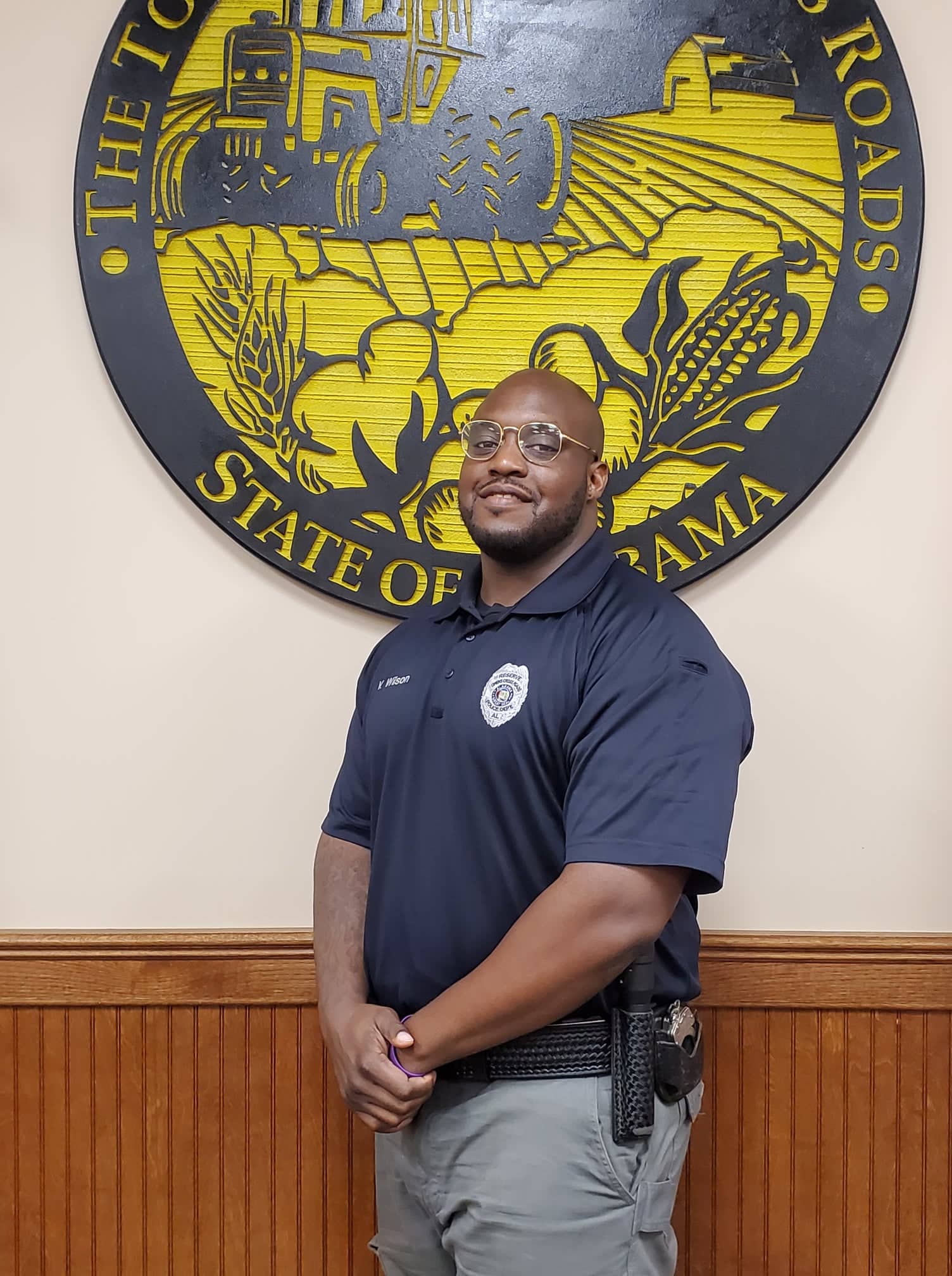 Vemar was raised in Fayette County, Alabama. He served the US Department of Agriculture as a Wildland Fire Fighter from 2011 – 2014. He then began his law
career in 2014 with the Madison County Sheriff’s Department as a corrections officer. In 2016 Wilson became an Investigator with Home Depot Asset Protection Department, overseeing retail crime in North Alabama, South Tennessee, and North West Georgia.

Vemar joined the Owens Cross Roads Reserve Officer program in October 2020. He then transitioned to full time Police Officer in July of 2021.

Vemar currently resides in Huntsville and has two children